What.a.week. My food project resolution post was featured on WordPress’ “Freshly Pressed” front page feature AND as the featured post in the food, travel and recipes tag pages. We received thousands of views and can barely keep up with all the positive feedback we’re getting (Thank you and welcome new readers!!!). Back in real life, Miles has had a severe virus since Monday and life has stood still since. Ahh life, when it rains it pours.

Let’s start this week’s news blast with some humor. First up, Colbert Report’s take on Pepsi Co.’s “drinkable” “snackable” concept for 2011. Secondly, Eater has an article outlining how to pose for a “chef” photo. With a pig, at the farmers’ market, “here’s your food” and more! Sooo real and sooooo funny! Dr. Marion Nestle has her take on Pepsi Co’s move on The Atlantic.

I posted this on our Facebook page, but for those you who didn’t see it SNL’s Brownie Husband!!!

Next up, a sad LOCAL news which was brought to my attention by Michael Kilpatrick of Kilpatrick Family Farm: The heart of a farm, the barn, at Pete’s Greens was engulfed in flames and was 100% distroyed on January 12th. Pete’s Greens is a four season vegetable farm in Craftsbury, Vermont. According to their website they lost: “In the fire we lost all of our vegetable washing and processing equipment; our walk in coolers and freezers; all of our harvested crops; a tractor trailer freezer full of our chicken, beef and pork; some tractors and lots of miscellaneous tools and equipment that were stored inside.  We had been building a new addition to the barn and that too went up in the blaze.” If you would like to make a donation you can do so on their website.

Since its that time of year, football playoffs, and the Seattle Seahawks are playing today I thought I would share a news story that will make every sports fan think twice. The company contracted to handle the stadium’s food & beverage has had a “whoops moment”. 16oz and 20oz beer cups both hold 20 ounces, so for an unknown amount of time fans buying the 16 ounces were getting a deal and the ones buying the 20 ounces were paying too much for the same amount of beer. (I hope people are thinking- DOES THIS HAPPEN ELSEWHERE? Like at a baseball game or in a basketball arena? Ummmm I wonder.) Seattle Seahawks acknowledged the “mistake” and at their first playoff game sold all beer for the 16oz price….there is more to this story, like how the world found out about the error in the first place. Again, story on EATER.

Even though this link is a traditional recipe post that, in normal circumstances would be places below, I wanted to highlight it up in the “news” section because Kaela of Local Kitchen, a localish Hudson Valley food blog that is one of my favorite blogs out there, has written a deeply personal post about the shootings in Arizona while also taking homage to that area’s cuisine. Its a wonderful post where politics and cooking collide. A must read.

Two stories about winter farmers markets. First a hard-hitting story in the Washington Post about winter farmer’s markets turning to more value-added businesses, and what that exactly means for the concept of a local farmers market. From the article: “Whether she knows it or not, this vendor has hit upon one of the hot-button issues of winter farmers markets: How far are they willing to stretch beyond the farm to include “value-added” products? That question, of course, immediately raises two more: What exactly are “value-added” products, and who’s reaping the benefits of all this added value?” For example a question that comes up for a market manager and the customers is: Is the ingredients that’s making that breakfast burrito local”… food for thought. Secondly, The New York Times ran a story on the winter market @ PepsiCo HQ, which is directly across the street from SUNY Purchase (I know, I went there for a short time). In a joint effort of Purchase College’s Sustainability Department and PepsiCo, the market is providing home delivery for orders of $25 or more in the communities of Purchase, Harrison, Rye Brook and Greenwich.

Sound the siren: Bluefin tuna will go extinct. Grist has a story, a plea really, to spread the word and boycott eating/buying/visiting establishments that sell bluefin tuna. Read more here.

In local events news: Steve Barnes reported on a a few really interesting food-related talks coming up. First on January 22nd, there is a talk on raw food. And four lectures at Union College in Schenectady all about Genetically Modified Foods- not to be missed.

This article is getting a lot of “Buzz” catagory; There is a banana crisis coming… so says Mike Peed in last week’s New Yorker Magazine (you need a subscription to read it). Luckily, I found my husband’s copy in the bathroom..tee hee hee. Anyways, don’t fret if you can’t find a copy Tom Philpott at Grist has a good story on the story.

Sustainable-minded think tank, Worldwatch Institute,  released their yearly State of the World report, “State of the World 2011: Innovations that Nourish the Planet,” which focuses on world hunger and solutions to sustainable food. There have been a few stories discussing the findings, especially in The Atlantic. Dr. Marion Nestle. Samuel Fromartz.

While we’re talking about modern agriculture’s bubble bursting, Grist has a related story about Earth Policy Institute’s Lester Brown who has published a new report,World on the Edge: How to Prevent Environment and Economic Collapse. PDF is free to download.

If Dr. Marion Nestle had a magic wand to fix food safety she would do this….

If you eat bison, read this fascinating story from Food Safety News about a recent recall and the rules bison producers DON’T have to follow…

What would {Weekend Reading} be without one story mocking a new fast food “product”? Burger King has come out with a STUFFED burger…which just translates to burgers we make at home with veggies in them, but I don’t think Burger King’s version will be as…I don’t know edible. Two blog reviews for you: a detailed review from Grub Grade. The other on An Immovable Feast. Finally, the serious news story about this ridiculous product.

One of the bigger fast food stories to evolve this week is McDonald’s and maple syrup. According to Slashfood, “Where’s the maple? McDonald’s may have gotten itself in a sticky mess with the Vermont Agency of Agriculture (VAA), who says the company’s new Fruit & Maple Oatmeal menu item does not actually contain any maple product. That’s a violation of Vermont’s stringent maple law, and could mean that McDonald’s will have to change ingredients or labeling.” The story is short & sweet and very informative. A must read.

USDA and GMO Alfalfa, oh boy. USDA asks “Can’t we all just get along?” Dr. Marion Nestle has her take.

In a related story Barry Estabrook has a story about the USDA and GMO’s… tisk tisk USDA.

Lastly, another big food story of the week was USDA’s call for dramatic changes in public school lunches (seriously? now? You’re late to the game but welcome.) From the article, in USA Today, a few requirements were outlined:

•Decrease the amount of starchy vegetables, such as potatoes, corn and green peas, to one cup a week.

•Serve only unflavored 1% milk or fat-free flavored or unflavored milk. Currently, schools can serve milk of any fat content.

Over the course of a week, there must be a serving of each of the following: green leafy vegetables, orange vegetables (carrots, sweet potatoes, summer squash), beans, starchy and other vegetables. This is to make sure that children are exposed to a variety of vegetables.

• Increase whole grains substantially. Currently, there is no requirement regarding whole grains, but the proposed rules require that half of grains served must be whole grains.

More on the story, is Mrs. Q of Fed Up With School Lunch. Dr. Marion Nestle. Change.org. 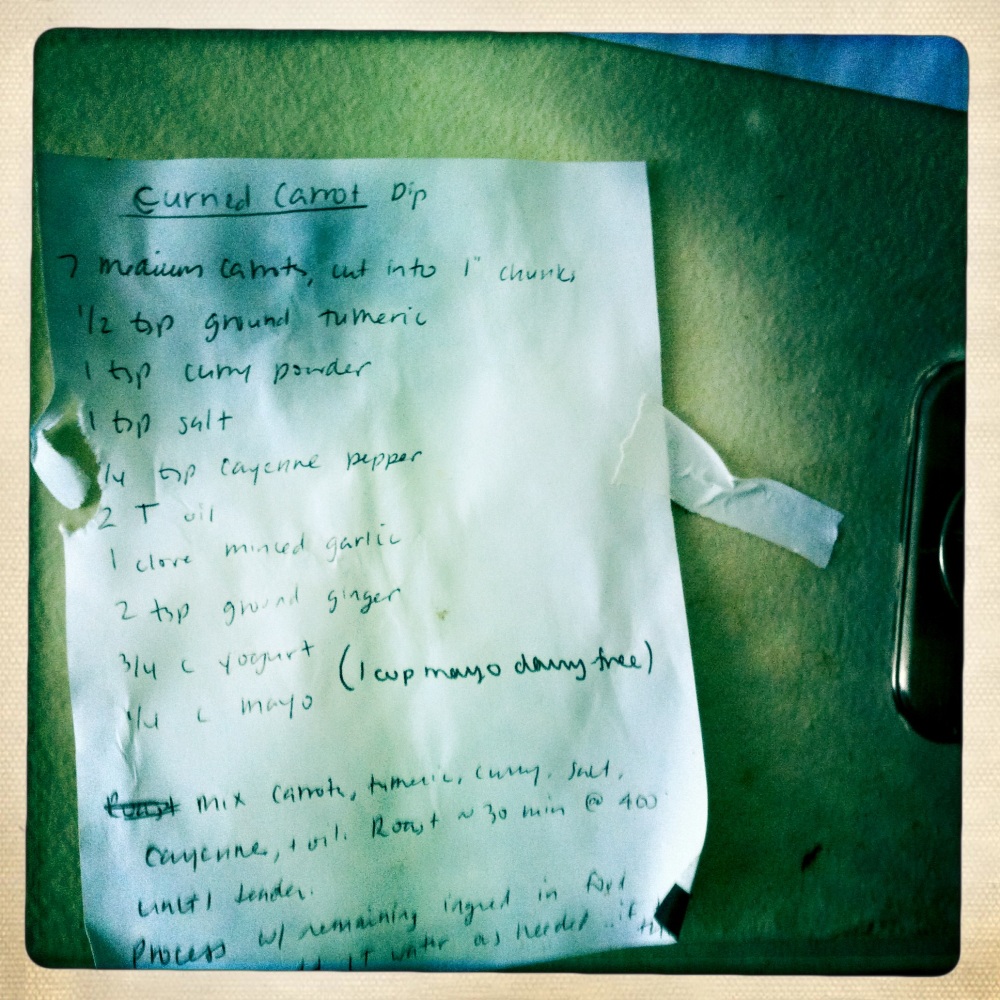 Remember how I want to cure my own bacon? Well, 100+ blogs are taking a charcuterie challenge, Charcutepalooza, for 2011 headed up by From Scratch Club favorite Mrs. Wheelbarrow and Kim at The Yummy Mummy. I was VERY tempted to take the challenge but I think its too much for me to handle with my full list-o-food-projects. But I will be participating in February’s challenge of BACON! YEAH! Mrs. Wheelbarrow has the challenge and some tips and Doris & Jilly Cook have all the science behind the magic.

Shocking Delicious has a NOT TO BE MISSED  post, for all you canners out there,  on how to get your canning jars & lids back from friends and family.

Joy The Baker has a Kale, Spinach, Pear (substitute apple up here in the Northeast) smoothie.

I purchased short ribs from Peg & Dick of Brookside Farm, so I plan to make this: Short Ribs with Beer & Buckwheat Honey. Y-U-M. Recipe on Food52.

the kitchn has egg replacers if you have an egg allergy, are vegan or wanna cut the fat in your baked goods.

On her personal cooking blog, FSC member Leslie has a recipe for hummus.

A post all about baking temperatures, a tutorial, on The Atlantic.

One Hungry Mama with a meyer lemon coffee cake.

Winter Chicken Kebabs under the broiler from Mark Bittman.

Beef stew with beer & paprika by The Pioneer Woman.

From our blog, Leslie has posted her go-to winter spread/dip Curried Carrot Dip. It’s a staple in our home, hence the recipe taped on the outside of one of my kitchen cabinets. For an allergy-free version, use coconut milk yogurt for the entire mayo & yogurt mix or a combination of that with a canola-oil based mayo (if you do not have an egg allergy). Unfortunately, most commercially available mayoinaise has soybeans in it, not all but 90%, so check your labels carefully if you’re dealing with a soy allergy.

Second recipe of the week comes from Alexis. Her trip down memory lane takes makes a stop in her college apartment. Luckily she got to move to an apartment, and skip living in the dorms, as a freshman. She gives us her {college girl} black bean stir fry.

Finally, my blogger and food allergy mama friend, Lana at Apron Strings, was inspired by my resolutions post and created her own list- Good luck Lana!